The Bill Cosby Verdict: Questions and Answers for the Black Community 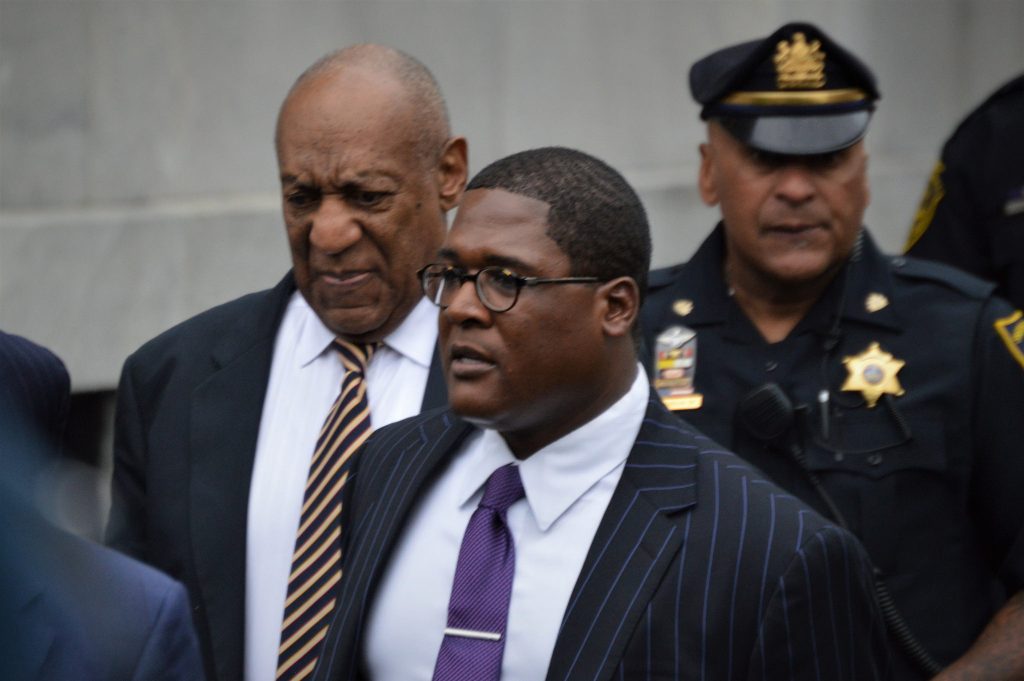 On Thursday, Bill Cosby, the once-beloved comedian, actor, philanthropist, and Jell-O spokesman, was convicted of three counts of aggravated indecent assault in Pennsylvania.  Mr. Cosby’s conviction has spurred a wide range of reactions.  Though the trial is over, for some, questions remain.  This post will answer some of the lingering questions.

Q: Can you explain the verdict?

A: Bill Cosby was convicted of three counts of second degree aggravated indecent assault against the complaining witness, Andrea Constand.

Q: What is aggravated indecent assault?  Is that the same as rape?

A:  According to Pennsylvania law, rape occurs when a person engages in sexual intercourse with another through force or threat of force, while the person is unconscious, or where the person has substantially impaired the victim by giving the victim drugs without the victim’s knowledge.  In Pennsylvania, the only difference between rape and aggravated indecent assault is that rape requires full penetration while aggravated indecent assault requires penetration by any body part.

According to Ms. Constand’s testimony, Cosby gave her pills which he said were herbal supplements.  She stated that after taking the drugs, she could not move.  At that point, she testified that Cosby repeatedly and forcefully placed his fingers inside her vagina.  In Pennsylvania, that conduct meets the definition of aggravated indecent assault.

Q:  What about the statute of limitations?  How can someone go to jail for a crime that is 30 years old?

In Pennsylvania, the prosecution of a rape or sexual assault charge must begin within twelve years from the date of the alleged assault.  It is true that allegations of Cosby’s sexual misconduct date back to the 1960s.   However, the assault against Ms. Constand – the only incident for which he was tried and convicted – occurred in 2004.  Charges were filed against him in 2015.   Therefore, the prosecution began within twelve years of the assault as required by Pennsylvania law.

Q: Twelve years is still a lot of time.  Weren’t most/some/all of these women just making up stories to attack a powerful man?

A: The instance of false reports in rape cases is no higher than in other cases.  Studies show that anywhere from 90 to 98 percent of rape victims are telling the truth.

Q: There have been documented cases of white women lying about black men and rape.  Shouldn’t that be considered?

A:  America has many real (Emmett Till) and fictional (“To Kill a Mockingbird”) examples of white women lying about Black men’s sexual advances.  In books and real life, those stories often ended in tragedy.  So, yes, that history does exist.

The complainant, Ms. Constand, is white, so it’s reasonable to wonder if the race of the parties could have influenced the jury.  However, the Cosby jury – which included two African-Americans – released a statement declaring, “Not once were race or the #metoo movement ever discussed, nor did either factor into our decision, as implied in various media outlets.”  So, while the racial history of rape is real, it’s not clear that racism was the motivation behind the conviction.

As an aside, it should be noted that while Ms. Constand is white, many of Cosby’s other alleged victims were Black.  Moreover, while interracial rape was used as a tool to control Black men in the past, today, most rapes are intraracial.  So, when a Black man is charged with rape, a Black woman is the likely victim.  Sadly, for every sixteen Black women that are raped, fifteen will not report the assault.

A:  Legally, no.  There is no legal cut-off where a person is deemed “too old” to go to jail.  However, judges have wide discretion in deciding the length of the sentence and where it should be served.  Cosby’s attorneys will likely make arguments regarding what they believe will be a fair and safe location for him to serve his time.

Q:  What about Woody Allen (or Kevin Spacey or Harvey Weinstein or any other famous white man accused of sexual assault)?  He did the same thing.  Why isn’t he in jail?

A:  There are several potential answers to that question.  The most important thing to remember is that every state’s laws are different and every case’s facts are different.  So, there is no guarantee that cases with different facts tried in the same state will have the same outcome, much less different cases in different states.

Nevertheless, even if we assume that these cases are essentially similar to Cosby’s, there are other factors to consider.  First, the conduct must be criminal, not just offensive.  For instance, while Bill O’Reilly’s decision to engage in raunchy behavior at work may have been sexual harassment, it may not have broken the law.  If the law hasn’t been broken, charges can’t be filed.

Third, even if there is still time to file a case, the prosecution needs a willing and able witness.  Some victims are willing to testify against a high-profile celebrity and can handle the drama that comes with it.  Others, understandably, may not be up to the challenge.  For instance, though police investigated Woody Allen’s alleged molestation of his daughter in the 1990s, the prosecutor did not pursue the case because he believed the girl was too frail to undergo a trial.

Finally, and most important, justice takes time.  Police must corroborate witness stories.  Prosecutors must decide if the evidence is sufficient.  A grand jury may need to weigh the evidence.  In short, building a criminal case takes time.

To that point, the allegations against Kevin Spacey and Harvey Weinstein were made less than nine months ago. While no charges have yet been filed, both men are under investigation.   Weinstein could face charges in New York and California.   Spacey has an active investigation in Los Angeles and three pending investigations in London.  So, while Spacey and Weinstein have not been charged yet, they may want to view the Cosby verdict as a cautionary tale.

127 responses to “The Bill Cosby Verdict: Questions and Answers for the Black Community”