Traveling While Black: What You Need to Know about the Law

In America, summer is the most popular time to travel.  The Transportation Security Administration (TSA) predicts that this summer will break records for air travel.  While all passengers dislike long waits, TSA pat downs, and lost luggage, African American travelers face an additional concern: racism.  Recently, African American passengers have accused several travel companies of discriminating against them based on their race.  Here are a few things to know about your legal rights when traveling while Black.

Traveling While Black: A Brief History

In America, transportation and race have been connected since the beginning.  In 1896, the Supreme Court ruled that train companies could legally separate black and white passengers.  The case, Plessy v. Ferguson, held that “separate but equal” facilities were constitutional.  After Plessy, Jim Crow segregation laws spread across the nation nearly overnight.

During segregation, train and bus companies forced African American passengers to sit in separate cars or sections.   This situation remained largely unchanged until 1955.  In December of that year, seamstress and activist Rosa Parks refused to move to the “colored” section of the bus.  Her actions sparked the modern Civil Rights Movement.  Perhaps poetically, transportation helped create segregation and helped bring about its end.

What the Law Says about Traveling While Black

The first attempts to desegregate travel occurred in the 1940s.  In 1941, the Supreme Court ruled that segregation in rail travel was unconstitutional.  Five years later, the Court banned segregation in interstate bus travel.   However, a 1954 article reported that many rail companies continued to segregate years after the Court outlawed the practice.  Interstate bus companies proved even more resistant, prompting college students to engage in “Freedom Rides” during the summer of 1961.   The Freedom Riders’ bravery moved Attorney General Robert Kennedy to push for further desegregation.

Despite these early efforts, some carriers were reluctant to integrate .  Eventually, Congress passed the Civil Rights Act of 1964.  Title II of the Act outlawed racial discrimination in public accommodations such as restaurants and hotels.  Modes of travel such as planes and trains were not specifically mentioned.  However, Title VI of the Act stated, “No person in the United States shall, on the ground of race, color, or national origin, be excluded from participation in, be denied the benefits of, or be subjected to discrimination under any program or activity receiving Federal financial assistance.”    While there are other laws that may protect travelers from racial discrimination, Title VI is the one most often cited.

Title VI is also key because it is the basis for regulations that protect travelers.  Federal regulations prohibit racial discrimination in air, rail, and bus travel.  However, carriers still have the right to refuse or remove passengers they believe to be dangerous or disruptive. 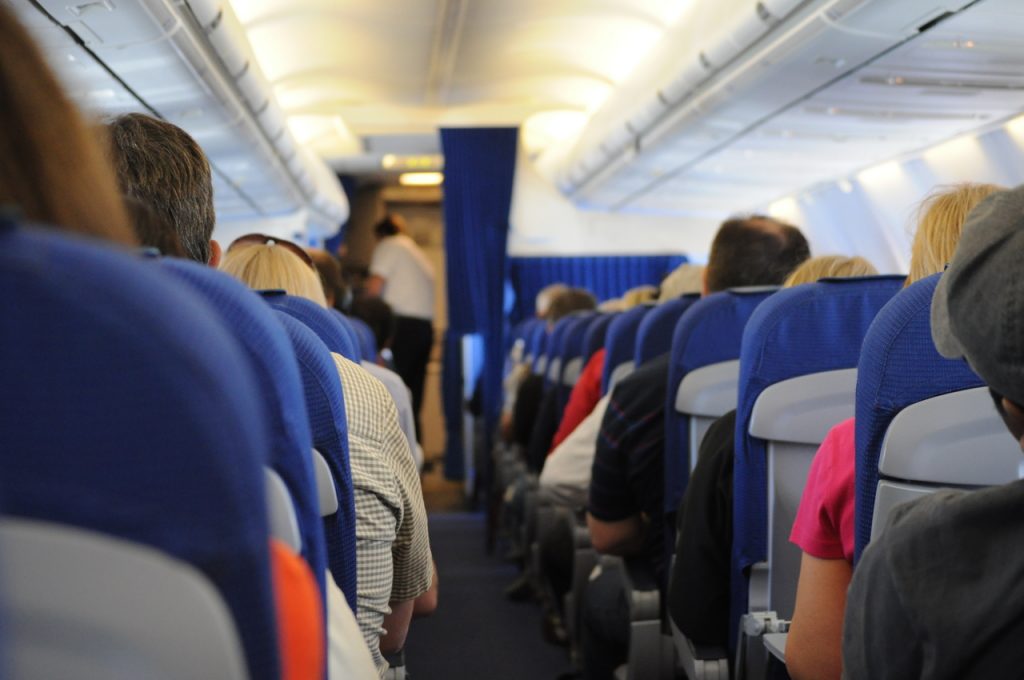 An elaborate legal framework prevents discrimination against passengers.  The Department of Transportation’s official guidance to air carriers cautions them against racial profiling and other forms of discrimination.  Yet, these measures have not ended the aggravation experienced when traveling while Black.

Stories about African Americans and other people of color being treated poorly by airlines seem to be at an all-time high.   The incidents came so fast and furious that in late 2017, the NAACP issued a travel alert against American Airlines.   The negative attention may have prompted airlines to change their ways, but the changes, if any, were brief.  In April 2018, American Airlines was once again accused of racial bias.

Though airlines garner the lion’s share of the media attention, other forms of transit have had their own issues.  In 2012, an Amtrak conductor asked an African American woman to leave her business class seat so a white passenger could sit there.   In 2016, a group of Black women were removed from the Napa Wine Train for being “too loud.”  At least twice in the past five years – once in 2013 and once in 2016 – Greyhound drivers have asked Black passengers to move to the back of the bus.  Clearly, traveling while Black makes for a difficult journey.

Traveling While Black: What to Know

A reasonable reader may ask, “If there are so many laws to prevent discrimination, why is there still so much discrimination?”  The short answer is that laws cannot control people.  As Dr. Martin Luther King said, “Judicial decrees may not change the heart, but they can restrain the heartless.”  In the case of traveling while Black, while laws cannot end racism, they can provide remedies for those who have suffered racial discrimination.  For instance, the women ousted from the wine train settled their case for a handsome sum.  In that sense, the laws serve their purpose.

However, these stories also illustrate that African American travelers must know their rights.  If you feel that you are being discriminated against, gather as much information as possible – video, witnesses, etc. – before leaving the area.  Write down or record your memories as soon as you are able.  With this information, you can file a discrimination complaint with the appropriate agency.  Air travelers can file complaints with the Aviation Consumer Protection Division.  Rail passengers should contact the Federal Railroad Administration.  Bus riders can report problems to the Federal Motor Carrier Safety Administration.

If you aren’t sure if you have suffered discrimination or feel that the incident is particularly egregious, you may need professional help.  The African American Attorney Network exists to help African Americans find competent lawyers who understand their cultural needs.  If you need help after traveling while Black, use the network to locate an attorney near you specializing in civil rights law.

21,168 responses to “Traveling While Black: What You Need to Know about the Law”