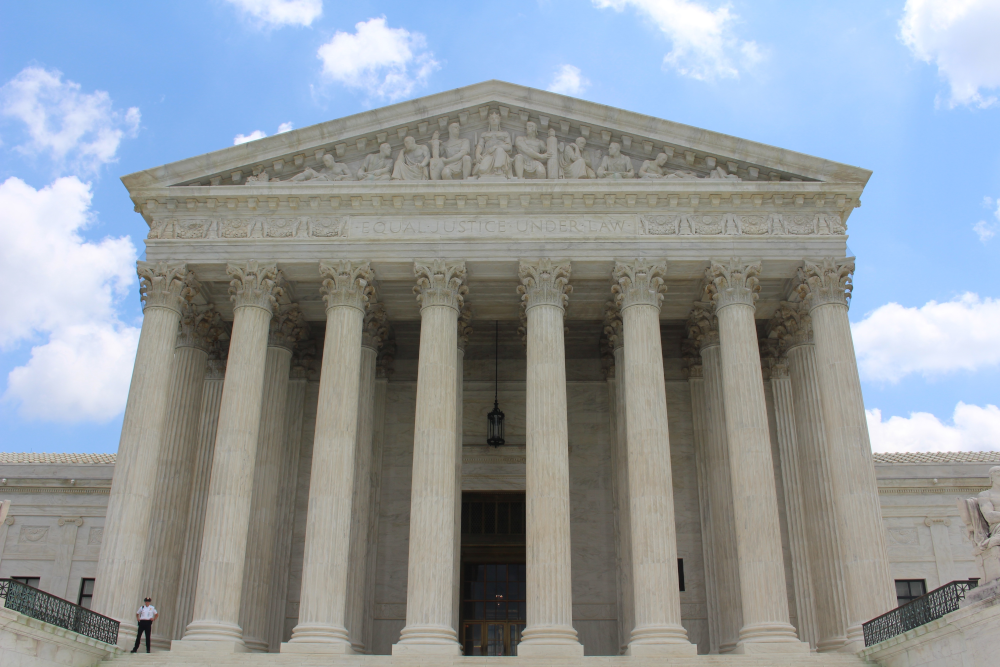 Yesterday, the Supreme Court of the United States issued a ruling in Husted v. A. Phillip Randolph Institute.  The case challenged an Ohio law that allows the state to remove (or “purge”) persons who fail to vote from its registered voter list.  In yesterday’s ruling, the Court ruled that the Ohio law did not violate any federal voting laws.   This new ruling could have a swift and severe impact on voting rights for African Americans and other people of color.

How Did the Case Start?

The present case began when Larry Harmon, a resident of Kent, Ohio, went to his local precinct to vote.  Officials told him that his name was not on the list of eligible voters.  Later, he learned that his name had been purged from the state’s voter registry because he had not voted since the 2008 presidential election.

In Ohio, voters who do not vote for two consecutive years are sent a card asking if they have moved.  If the card is returned, the voter’s registration remains valid.  But if the card is not returned and the voter does not vote for an additional four years, she is removed from the voter list.

What Laws Are at Issue in the Case?

The case cited two federal laws.  The first, the National Voter Registration Act of 1993 (“NVRA”), requires each state to create a program for identifying voters who may have moved or died.  However, the law requires states to give voters notice prior to removing them from the rolls.  The law also states that a voter cannot be removed solely because he does not vote.

The second law is the Help America Vote Act of 2002 (“HAVA”).  That law clarified that voters cannot be removed solely for the failure to vote.  However, it also confirmed that states can consider a failure to vote, along with other evidence, in considering whether a voter should be purged.

What Did the Court Say?

The lower federal court held that Ohio’s law violated federal law because it essentially removed voters for failure to vote.  The Supreme Court disagreed.  In a 5-4 decision, the Court held that Ohio’s procedures were lawful.  The Court’s conservative justices (Alito, Gorsuch, Kennedy, Roberts, and Thomas) joined the majority opinion.

Writing for the majority, Justice Alito explained, “[The law,] as enacted in the NRVA and amended by HAVA, simply forbids nonvoting as the sole criterion for removing a registrant, and Ohio does not use it that way.  Instead, as permitted by [the law], Ohio removes registrants only if they have failed to vote and have failed to respond to a notice.”

The four remaining justices (Breyer, Ginsburg, Kagan, and Sotomayor) joined a dissent written by Justice Breyer.  Justice Breyer argued that if the majority’s reading of the law is correct, then NVRA’s prohibition on removing nonvoters is meaningless.   He also explained that even if a failure to vote is coupled with a failure to return a postcard, it amounts to penalizing a person for deciding not to vote.

How Will This Ruling Affect Voting Rights?

Though it is difficult to make predictions about any Supreme Court case, particularly one so recently announced, this case could produce several disastrous results for the voting rights of people of color.

In her separate dissent, Justice Sonia Sotomayor raised the issue of race.  She wrote, “In concluding that the [Ohio law] does not violate the NVRA, the majority does more than just misconstrue the statutory text. It entirely ignores the history of voter suppression against which the NVRA was enacted and upholds a program that appears to further the very disenfranchisement of minority and low-income voters that Congress set out to eradicate. . . .  Communities that are disproportionately affected by unnecessarily harsh registration laws should not tolerate efforts to marginalize their influence in the political process, nor should allies who recognize blatant unfairness stand idly by.”

Justice Sotomayor’s warning is supported by the facts.  The NAACP submitted an amicus (friend of the court) brief in the Hulsted case.  The NAACP’s brief provided the following statistics about voter purges in Ohio:

The NAACP’s statistics demonstrate that voter purges tend to target communities of color.   Now that the Supreme Court has approved Ohio’s methods, other states may follow suit.  If they do begin aggressive voter purges, African Americans and other people of color could find their voting rights in peril.

The right to vote is one of the most cherished in American society.   If you believe that your voting rights have been violated, use The African American Attorney Network to find a lawyer who can help you exercise your Constitutional right to vote.