Supreme Court Decisions on Civil Rights in the 2017-18 Term 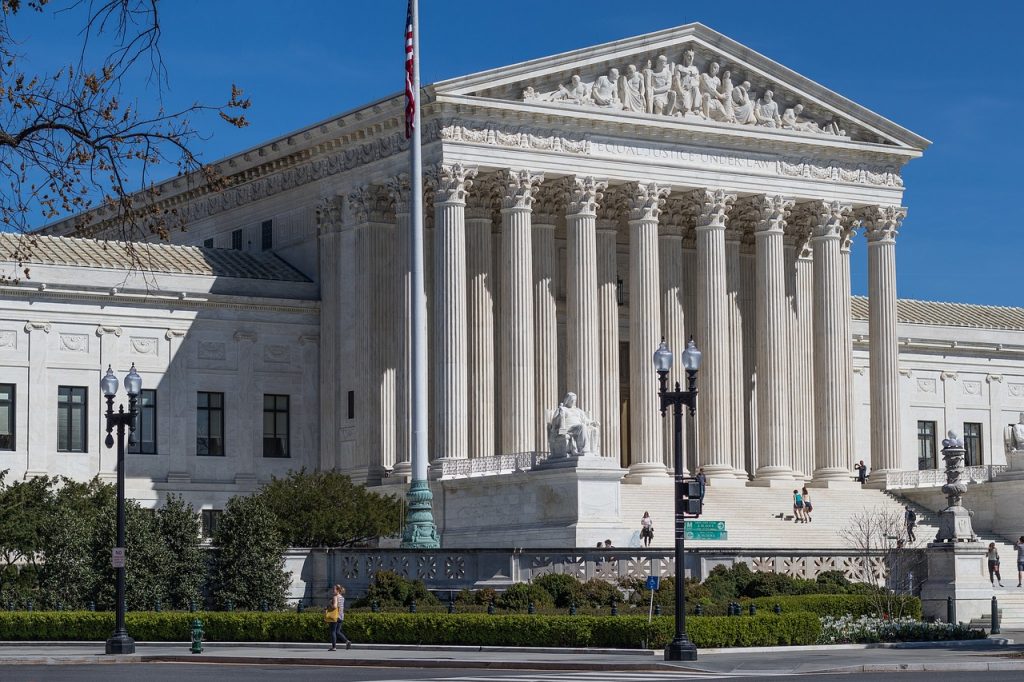 The Supreme Court of the United States hears approximately 80 cases each term.   While each of the cases is legally significant, some cases have a wider cultural impact.  This year, the Court decided several cases that will impact the civil rights of African Americans and other people of color.  Below is a summary of Supreme Court decisions on civil rights from the Court’s 2017-2018 term.

Summary: Voting rights dominated the Supreme Court’s civil rights docket this term.  One of the most significant cases, Husted v. A. Phillip Randolph Institute, held that Ohio’s practice of purging non-voters from its registration rolls did not violate federal law.  In Abbott, the Court reversed a ruling that three Texas voting districts were impermissibly drawn using race.  (The Court held that one of the three districts was illegal.)   In Benisek and Gill, the Court again refused to hear cases involving districts drawn based on political party, rather than race.  In Covington, the Court agreed that several districts in North Carolina were drawn along racial lines, but allowed the districts in the largest counties to stand.

Why People of Color Should Care: Voting rights legislation was one of the biggest victories of the Civil Rights Movement.   As the voting power of people of color has increased, efforts to reduce their voting rights have intensified.  This term’s quintet of voting rights cases shows that the Court remains reluctant to protect voting rights in all but the most egregious cases.  Indeed, in Husted, the Court refused to consider evidence of the impact voter purges would have on communities of color.   While Abbott and Covington found that some districts were impermissibly racist, in these cases, particularly Covington, the Court seemed to signal that it will require more proof of discriminatory intent.  Also, in Covington, the Court seemed to announce that the power to redraw districts should lie with state legislatures rather than state courts.

Summary:  In Tharpe, an African American defendant claimed that racial bias unfairly influenced his death sentence.  After the trial, evidence surfaced that one of the jurors, a white man, made several racist comments during jury deliberations.  In a 6-3 decision, the Court held that Tharpe was entitled to appeal his sentence.   In Carpenter, the Court held that police need warrants to track a person’s movement using cell phone records.

Why People of Color Should Care: While the voting rights cases are a mixed bag at best, Carpenter and Tharpe are clear victories.  The American criminal justice system is rife with racism, and racial bias in the application of the death penalty is particularly severe.  Thus, the Court’s decision that jury deliberations – though normally secret – can be reviewed for evidence of bias is heartening.  Similarly, requiring a warrant for cell phone movements will keep police from unnecessarily arresting people of color.

Summary:  Janus challenged an Illinois law that required all public employees to contribute to public union expenses.  The law applied to all employees, even those that did not belong to the union.  The Court held that the Illinois law was unconstitutional because employees cannot be forced to finance a union that they do not support.

Why People of Color Should Care: On its face, Janus might not seem like a case that affects people of color.   However, African Americans are overrepresented in public sector jobs.  In fact, the Economic Policy Institute wrote that African American women are the group most likely to work in the government.   As such, communities of color should be very concerned when public sector employees’ ability to organize is weakened.

Summary: In Masterpiece, the owners of a bakery argued that Colorado’s civil rights laws violated their First Amendment rights.  Specifically, they claimed that following Colorado law would require them to serve all members of the public, including same sex couples.  They maintained that baking wedding cakes for same sex couples would violate their deeply held religious beliefs.  The Court did not reach the merits of the case but held that the Colorado Civil Rights Commission did not follow proper procedures.

Why People of Color Should Care: The Court did not rule on the First Amendment issue presented in Masterpiece.  However, the procedural ruling provides some insight into how the Court will rule on the main issue.  The Court seemed to go out of its way to find for the plaintiffs, which means that the Court will likely agree with the plaintiffs on the religious question.  People of color should be concerned because religion can also be used to justify religious discrimination.

Summary and Why People of Color Should Care: In Trump v. Hawaii, the Court upheld the travel ban imposed on immigrants from several countries. Most of the countries on the list are Muslim countries; All of the nations have populations that are nonwhite.   Though people of color born in this country may not be directly impacted, the case is a clear indication that the Court is willing to uphold the current administration’s policies, even when they single out people of color.

The Court’s next term begins on the first Monday in October. The text term is sure to bring more Supreme Court decisions on civil rights.  Follow The African American Attorney Network for more information and analysis on Supreme Court cases.