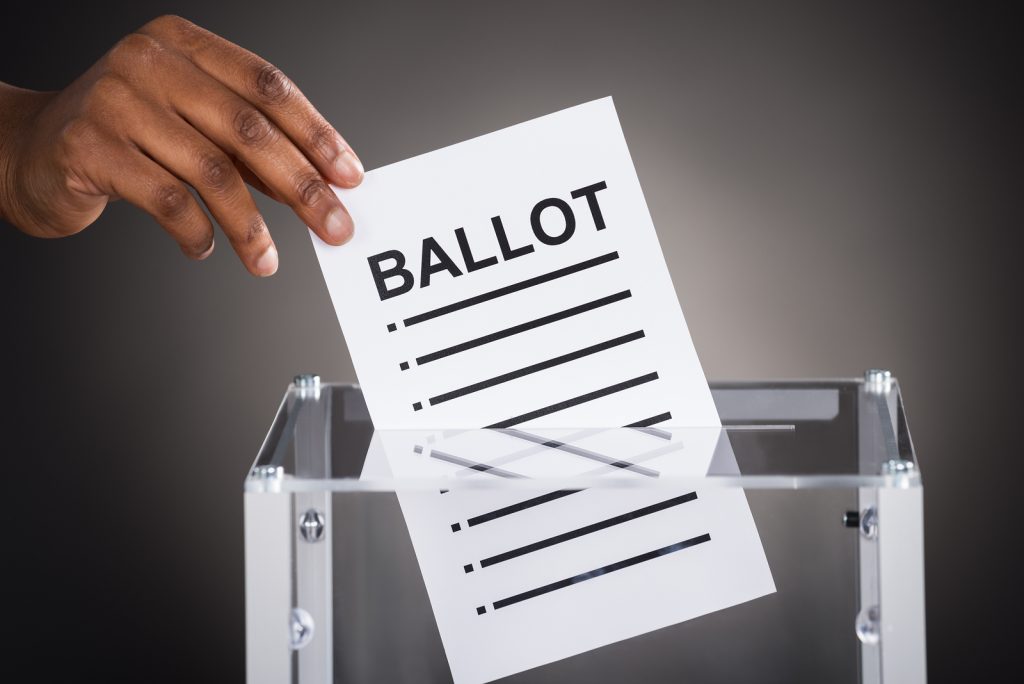 On Tuesday, November 6, 2018, Americans will vote in one of the most significant elections of this generation.  But if past elections are any indication, many Americans will stay at home.  While voter turnout is America is generally lower than most other nations, turnout is even lower in years without a presidential election.  In 2014, less than forty percent of eligible voters cast a ballot.  African Americans are more likely to opt out.  While 22 percent of Blacks voted in 2014, nearly twice that number abstained.

Though the reasons for staying home vary from voter to voter, there is one common theme.  Most voters think that presidential elections are the only elections that matter.  However, these off-year or midterm elections are not only as important as the presidential election, they are often more important.  This year’s midterm elections will decide the balance of power in the federal government and in many states.  Those elected will determine policy for years to come.  While all Americans should want a voice in these important issues, African Americans have more to lose if they don’t participate.  Read on to learn why African Americans should vote in this year’s midterm elections.

How the Constitution Works – A Quick Overview

Because states retain control of non-federal matters, they have extraordinary power.  States pass laws regarding criminal law, family law, business law, educational law, contract law, insurance law and other areas that affect most people’s day-to-day lives.  While the U.S. Constitution remains the supreme law of the land, the federal government will not interfere unless state laws violate the U.S. Constitution.  The vast majority of state laws do not create Constitutional concerns.  So, midterm elections provide a chance for voters to determine who will create these important state laws.

Federal Issues in the Midterm Elections

Though we will not elect a president this year, we will elect a new Congress.  This year, every seat in the House of Representatives and 35 seats in the Senate are up for grabs.  So, this midterm election offers a chance to change the direction of Congress.

Changing Congress is key to creating American progress.  The Constitution gives the president three primary powers: commanding the military, appointing federal officials, and enforcing federal laws.  By contrast, the Constitution gives Congress no less than eighteen powers.  Moreover, under the Constitution, many presidential appointments – such as Supreme Court justices and high Cabinet officials – must be confirmed by the Senate.  So, while the president gets more attention, in our system, Congress has more power.

Congress’ key powers include taxing, spending, and regulating interstate commerce.  While these topics may seem boring or unimportant, they affect the lives of millions of Americans.  Programs such as Social Security, Medicare, Medicaid, and SNAP (food snaps), are funded with federal money.  Many public schools receive federal funds.  Also, the Civil Rights Act of 1964 – the law that prohibits racial discrimination in employment and public accommodations – was passed using Congress’ power to regulate commerce.  In short, Congress’ powers – when used for good – have helped the Black community move forward.  With good Congressional leadership, we may be able to move forward again.

State Issues in the Midterm Elections

Though state governments are often overlooked, they wield considerable power.  As mentioned, under the constitution, the powers not given to the federal government belong to the states.  Therefore, states have the authority to create laws that affect millions.  Many of these laws affect the African American community.

States create laws that affect nearly every facet of life.  One key area of state control is voting rights.  States create the voting districts that send representatives to Congress.  States also decide whether options such as early voting will be offered.  It is also up to the state to decide whether felons will be able to vote upon release.  States also have wide control in criminal law.  Issues such as the death penalty are decided at the state level.  Moreover, each state can decide what is criminal within its borders.  States also get to determine how their jails and prisons are operated.  Finally, states alone decide how public schools are funded and how much public school teachers are paid.

Federal and state governments control a number of issues, but local governments also make decisions that affect millions.  The police officer who directs traffic, the teacher at your child’s school, and the people who provide your utilities are all local government employees.  This fall, voters will have the opportunity to choose those who will run their cities, counties, and school boards.

For African American voters, local government is particularly important. Most African Americans are dismayed at the deaths of Black youth at the hands of police.  Worse, prosecutors often decline to press the issue in these cases.  However, most police officers are local government employees.  Prosecutors are local officials.  While the frustration African Americans feel is justified, voting in local elections provides an opportunity to decide who will enforce the laws in our communities and adjust the balance of power.

For nearly a century after the Civil War, states kept African Americans from voting. Thousands of African Americans marched, protested, and died to ensure that future generations would have a voice in this government.  Every African American of voting age owes these fighters a great debt.  The best way to repay that debt is to vote.

24,400 responses to “Midterm Elections 2018: Why African Americans Need to Vote”