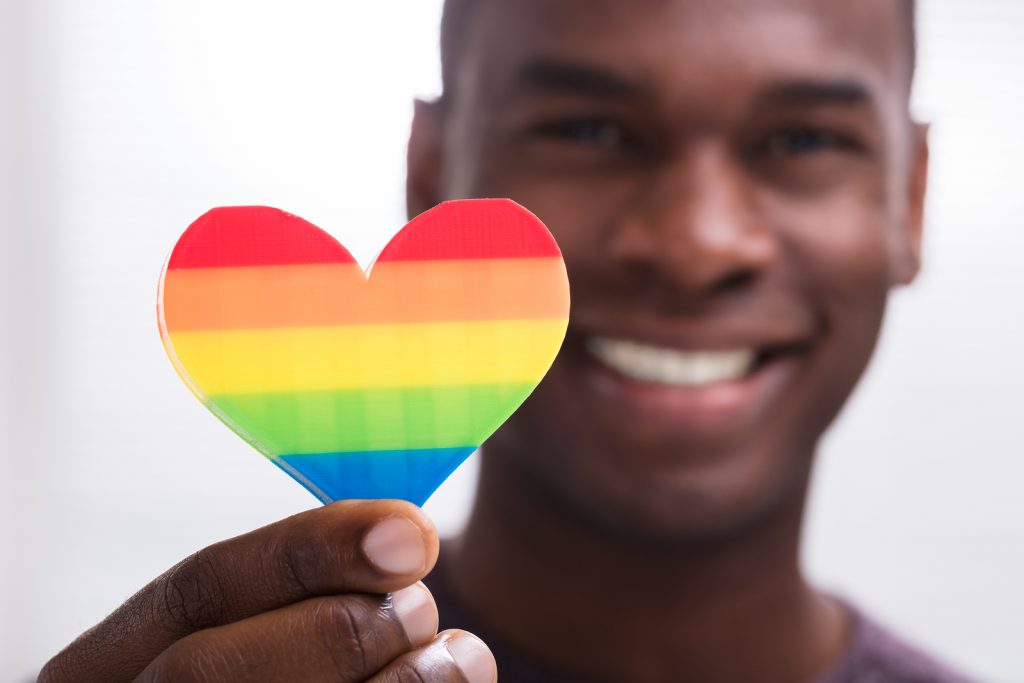 October is LGBT History Month.  While the Lesbian, Gay, Bisexual, and Transgender (LGBT) community is far too often depicted as white in popular media, African Americans represent a significant portion of the LGBT population.  According to the latest data, five percent of African Americans identify as LGBT.

Racism makes like difficult for all people of color.  But because of their multiple identities,  LGBT people of color must combat racism, sexism, and homophobia – often at the same time. Moreover, this segment of the African American population is more likely to experience violence, poverty, and poor mental health than their straight counterparts.  Despite these issues, the law has far to go to protect this population.

In honor of this month, this post will examine some of the legal issues facing African American members of the LGBT community.

In 2015, the Supreme Court ruled that states could not deny marriage licenses to same-sex couples.  While marriage equality was a major victory for the LGBT community, many still face discrimination in custody and adoption.

Many states deny LGBT couples equal parenting rights.  The Supreme Court’s decision on marriage equality means that parents of children born into an existing marriage have custody and visitation rights in all 50 states.  But children are not always born into a marriage.  Moreover, in LGBT families, one parent may be biologically related to the child while the other is not.  Processes such as sperm donation and surrogacy create additional legal issues.  So, while married LGBT stepparents have the right to adopt in theory, in reality, courts are still denying LGBT parents the right to see children that they helped to raise.

For LGBT persons, adopting or fostering a child can be difficult process.  In ten states, private foster or adoption agencies can legally refuse to assist LGBT couples if doing so would conflict with their religious beliefs. Unfortunately, many states use these agencies to place children in their care.  To add insult to injury, earlier this summer, House Republicans passed a bill that would prohibit states from denying funding to these agencies.  While civil rights groups are pushing back against these laws, the fact remains that adoption and fostering remain difficult for LGBT people.

Every person wants to go about their day without fear of physical harm.  Sadly, LGBT people are far too often the targets of violent attacks.  Indeed, hate crimes against LGBT persons have increased sharply since 2016.  The law has taken some steps to address these crimes, but more can be done.

Nationally, the Hate Crimes Prevention Act of 2009 punishes those who  target people based on their sexual orientation.  However, most crimes are handled by state or local officials.  Only eighteen states specifically outlaw hate crimes against all LGBT persons.  Therefore, in most states, the LGBT community is unprotected.

Not all violence against the LGBT community is physical.  LGBT youth are often bullied in school.  Some states have chosen to address this problem by educating students.  Twenty states and the District of Columbia include sexual orientation in their anti-bullying curriculum.  But seven states prohibit schools from discussing sexual orientation in any context. Even worse, two states – Missouri and South Dakota – prohibit schools from taking steps to protect LGBT students.   Clearly, LGBT youth are not universally protected.

Though the Supreme Court’s ruling requires states to recognize LGBT marriages, there is no such ruling with respect to employment discrimination.   Moreover, though some federal courts have tried to interpret Title VII of the Civil Rights Act of 1964 in a way that would cover sexual orientation, the Supreme Court can easily overrule these decisions at any time.  So, at present, LGBT employees lack guaranteed federal protection.

The situation is worse at the state level.  Only 22 states explicitly prohibit discrimination against LGBT persons.  Another 11 states have laws that only protect LGBT persons who work for the government.  So, in 28 states, it is perfectly legal for private employers to discriminate against LGBT applicants and employees.

The lack of legal protection for LGBT employees is a serious issue for people of color.  While a recent survey found that 17 percent of LGBT persons had experienced employment discrimination, for African American LGBT people, the number was 50 percent.  Another study found that 32 percent of Black transgender workers had been fired due to bias.  Shockingly, 15 percent of those workers had been physically attacked in the workplace.  It is not surprising that African American and Latino LGBT persons are less likely than whites to disclose their sexual orientation at work.

The right to enter an establishment and be served was a cornerstone of the Civil Rights Movement.  Currently, it is a major issue in the LGBT community.  At present, 21 states and the District of Columbia prohibit businesses from discriminating against LGBT persons in public accommodations.  The remaining states allow businesses to turn away LGBT patrons.

The right of LGBT persons to enter establishments is in danger.  Many state laws that prohibit discrimination against LGBT persons include religious exemptions.  These exceptions allow business owners to refuse customers if serving them would offend their religious beliefs.  One such law was challenged in Masterpiece Cakeshop, the case  where a Colorado baker refused to bake a cake for a gay couple’s wedding.  Though the Supreme Court decided the case on narrow grounds, the decision signaled the Court’s openness to religious exemptions in future cases.

While there aren’t any firm data on how many African American LGBT persons are turned away from businesses, the Black community is all too familiar with the experiences of “Shopping While Black” and “Dining While Black.”  Moreover, the number of discrimination complaints that cite sexual orientation outnumbers those that cite race.  As a result, LGBT African Americans face dual discrimination when they shop, dine, or travel.