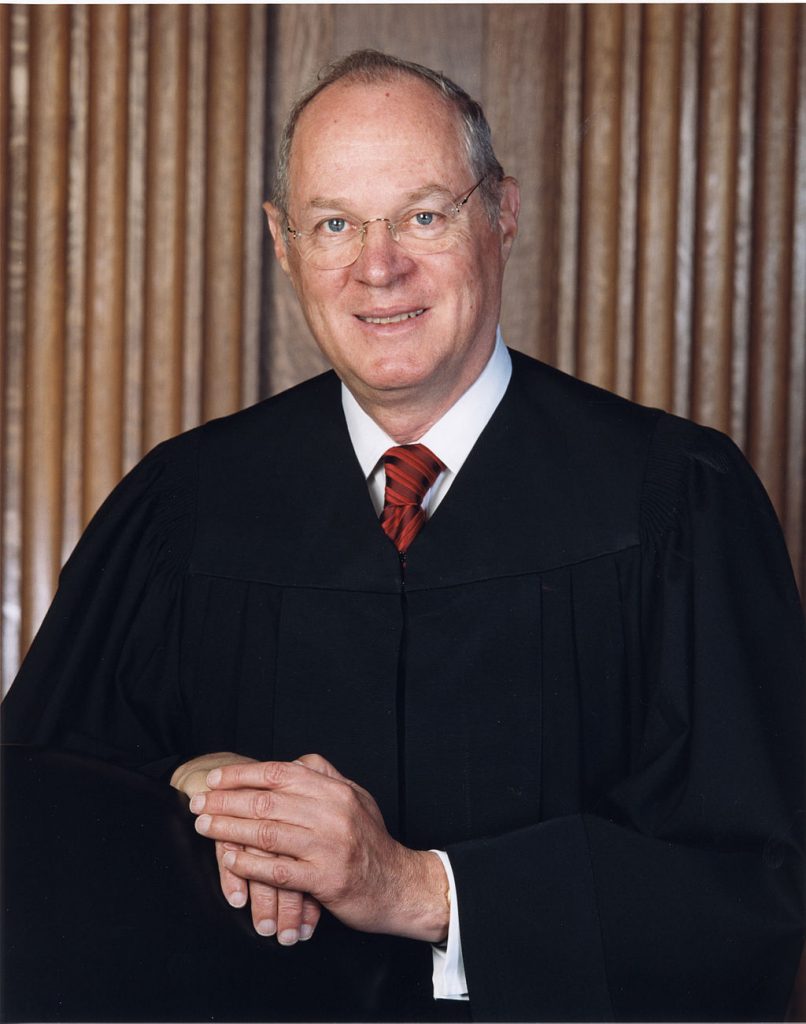 Today, Justice Anthony M. Kennedy announced that he will retire from the Supreme Court next month.  Justice Kennedy, age 81, has served on the Court for 30 years.  So, experts have predicted his retirement for years.  Yet, because justices serve for a lifetime (and some have served well into their eighties), the retirement still comes as a surprise.  Here is a quick summary of how Justice Kennedy’s retirement will affect African Americans and other people of color.

Who is Justice Kennedy?

Justice Kennedy was born in California in 1936.  He attended Stanford University and Harvard Law School.  Ronald Reagan appointed him to the Supreme Court in 1987.  He took his seat in February 1988.

Though appointed by Republicans, Kennedy was not an inflexible conservative.  He often acted to protect the civil rights of women, people of color, and the LGBT community.  Kennedy was instrumental in Planned Parenthood v. Casey, the case that preserved the rights listed in Roe v. Wade.   He championed gay rights in several cases including Lawrence v. Texas and Romer v. Evans.  He wrote the opinion in Obergefell v. Hodges, the case that legalized gay marriage.

On racial issues, Kennedy issued mixed rulings.   Kennedy wrote the Court’s most recent opinion on affirmative action, Fisher v. University of Texas.  In Fisher, the Court upheld Texas’ use of race in its admissions programs.   In 2001, Kennedy also wrote the concurring opinion in Parents Involved that allowed K-12 school districts to use race in their integration efforts.  While these cases are encouraging, Kennedy also supported restrictions on voting rights in multiple cases.

Who will replace Justice Kennedy?

While it is far too early to know exactly who Justice Kennedy’s replacement will be, the process that will determine his successor is set.  The Constitution gives the president the power to appoint justices to the Supreme Court.  After the president selects a nominee, the Senate must approve the selection.  Once 51 senators vote in favor, the appointment is official.

By itself, the presidential power to appoint federal judges is not a problem.  However, the current resident of 1600 Pennsylvania Avenue once stated,  “I will appoint justices, who like Justice Scalia, will protect our liberty with the highest regard for the Constitution.”   Scalia, of course, is the late justice known for his controversial opinions on race, gender, and homosexuality.  The previous Court appointee, Neil Gorsuch, has been a reliable conservative in his short time on the Court.  It is likely that any future appointee will do the same.

Justice Kennedy often provided the decisive fifth vote in many favorable civil rights cases.  The impact of Justice Kennedy’s retirement depends on the civil rights being discussed.  While the retirement will affect the Court’s decisions in many areas, here are a few predictions of what it will mean for racial justice, women’s rights, and LGBT rights.

When it comes to race, some issues are more likely to change than others.  Justice Kennedy already voted with the conservative block on voting rights issues, so there will likely be little change there.  Sadly, people of color can expect the Supreme Court to keep validating all but the most obviously racist restrictions on the right to vote.

In all likelihood, affirmative action will be the area that will experience the most change.  As mentioned above, Justice Kennedy often sided with the Court’s liberals in declaring that universities could legally use race as a basis for admissions.  Without Kennedy’s fifth vote, the Court will likely rule that it is unconstitutional for universities to use race in their admissions policies.  Additionally, after Justice Kennedy’s retirement, it will be more difficult to press K-12 schools on racial integration.

Roughly half of all people of color are women.  In all likelihood, Justice Kennedy’s retirement will have a swift and severe impact on women’s rights.

Kennedy designed the Court’s defense of Roe v. Wade.  Without Kennedy, Roe is in great danger – – greater danger, perhaps, than any point since it was decided 1973.  Conservative groups are already salivating at the opportunity to overturn Roe.  After Justice Kennedy’s retirement, the new Court will likely have five justices who are willing to do so.

Justice Kennedy wrote opinions that completely changed the legal status of the LGBT community.   With his departure, LGBT people of color and their allies have many reasons to be wary.

Because the cases that decided same-sex marriage are relatively new, the Court will likely not revisit those issues soon.  However, other issues the affect the LGBT community, such as refusal of service by bakeries and other establishments, employment discrimination, and adoption have yet to be decided.  Without Kennedy, there is little hope that five solidly conservative justices will rule that the LGBT community is entitled to the same civil rights as other Americans.

In sum, Justice Kennedy’s retirement will create a Supreme Court that leans sharply to the right.  As always, The African American Attorney Network will provide updates and alerts about legal news affecting African Americans and other people of color.  Follow The Network for coverage of the appointment, the confirmation hearings, and other news related to the Supreme Court.