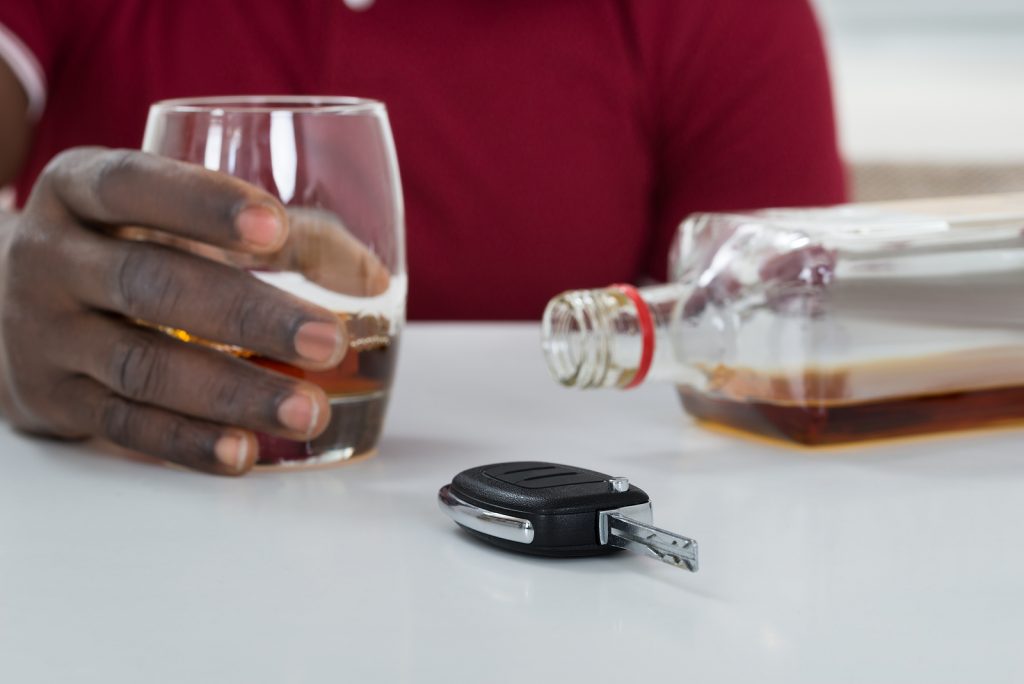 Drunk driving is an American epidemic.  According to Mothers Against Drunk Driving, each year, nearly 800 people are injured by drivers operating under the influence of alcohol or drugs. Certain times are worse for drunk driving than others.   More drunk driving injuries occur at night than during the day.  And sadly, though the winter holiday season brings joy and merriment, it also brings two of the deadliest DUI days of the year – Thanksgiving and New Year’s Eve.   As we enter this festive season, we must remember that drinking after consuming even a small amount of alcohol increases your risk of being in an accident.

African American drivers have more cause for concern.  Drinking in the African American community is complex.  Studies have found that African Americans are actually less likely than whites to consume alcohol on a regular basis or to engage in binge drinking.  But just as in other areas, when we do drink, we tend to suffer more severe consequences than our white peers.  While some studies have found that white males are the most likely to drive while drunk, other studies show that rates of drunk driving in the African American and Latino communities are rising.  Moreover, because of our community’s fraught relationship with the police, any stop can be fatal.  For these reasons, African Americans should try to learn as much as possible about drunk driving law.

Of course, driving while impaired is illegal in all 50 states and the District of Columbia.  However, the levels and penalties differ from state to state.  In nearly all states, a blood alcohol content level (BAC) of 0.08 creates a presumption that the driver is impaired.   But the legally allowable limit may vary based on certain factors.  For instance, in several states, drivers under the age of 21 can be arrested for driving with BACs as low as 0.02.  (The rationale is that because it is illegal for those under 21 to drink, driving with any level of alcohol should be illegal.)   Moreover, in some states, drivers with low BACs can be prosecuted if there is an open container in the vehicle.

Drivers should also know their rights if they are stopped.  Police have several ways of keeping drunk drivers off the road.  One way is for police to set up a sobriety checkpoint.  In this method, police will block off a certain road or exit and randomly check drivers for sobriety.  The Supreme Court has approved this practice as long as the stops are truly random.  (For instance, every fifth driver is stopped, rather than drivers that “look suspicious.”)

Police use a variety of methods to test a driver’s sobriety and BAC.  The most popular and accurate test requires the driver to blow into a breathalyzer.  Drivers who think they can decline this test should beware.  In every state, the act of carrying a driver’s license implies consent to sobriety tests.  So, drivers who refuse the tests may be arrested or face higher penalties if convicted of driving while intoxicated.

The Best Defense Against Drunk Driving

The best defense against a charge of driving under the influence or driving while intoxicated is to avoid the charge.  Though the holiday season offers many temptations, you should not allow yourself to be tempted into driving after consuming alcohol.  Use a designated driver.  Use Lyft or Uber.  Call a taxi.  (In many cities, taxi companies offer free or discounted rides on New Year’s Eve and other popular drinking days.)  Do not convince yourself that driving drunk is your only option.  Do not convince yourself that you are “okay” after a few drinks.  The best way to drink responsibly is to avoid driving after drinking at all costs.

If you are charged with drinking under the influence or driving while intoxicated, you may be scared, and rightfully so.  Drunk driving is a serious offense.  Many states are increasing the penalties for even first-time offenders.  Punishments include fines, jail time, and even loss of driving privileges.  If you have been charged with DUI or DWI, you should seek professional legal help immediately.   The African American Attorney Network is a network with hundreds of African American attorneys.  When you have legal needs, consult The Network to find an experienced, caring attorney who can guide you through the process.

DISCLAIMER: Nothing contained herein should be construed as legal advice or the creation of an attorney-client relationship.  Should you need legal advice please seek the assistance and advice of an attorney in our directory or one that you locate by other means.

4,236 responses to “Drunk Driving Law and the African American Community”