Why African Americans Should Care About International Law 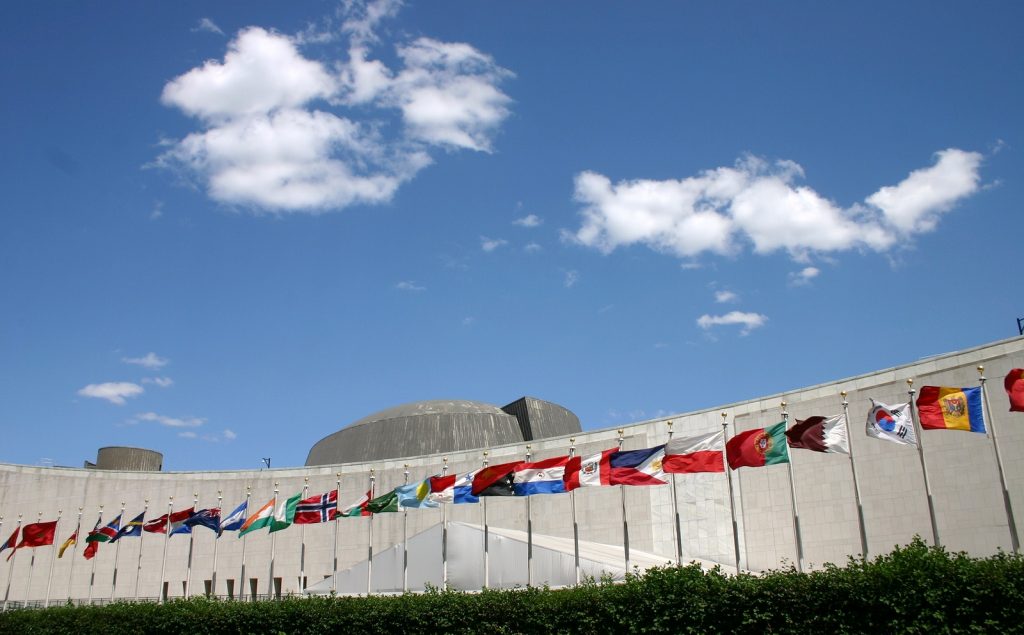 As far as the law is concerned, international law is a relatively new field.  In the days of kings, queens, and empires, the idea of an international body governing disputes seemed illogical.  However, after the mass casualties of World War I, world leaders were more receptive to the idea.  The League of Nations was the first attempt at creating a body to prevent wars and end international disputes.  But for many reasons – including the fact that influential nations such as the U.S. never joined – the League failed.

After history seemingly repeated itself in World War II, world leaders were more eager to create a body that would resolve clashes peacefully.  So, in 1945, the United Nations was created to serve that function.

International law has been a part of Black History for over a century. One of the first African Americans to appeal to international law was Joseph Savary, a Haitian immigrant who fought with Andrew Jackson in the War of 1812.  Savary subsequently defied Jackson’s refusal to allow Black regiments in the victory parade.  Savary later cited international law in defense of his actions.

While Joseph Savary may not be a household name, many Black luminaries have argued that our civil rights battles also raise human rights issues.  In the early 1900s, W.E.B. DuBois participated in and organized Pan African Congresses where African descendants from around the globe conferred to discuss racism, colonialism, and other matters.  (Supporters of the Pan African Congresses included Madam C.J. Walker, Marcus Garvey, Ida B. Wells, and a young A. Phillip Randolph.)  Eventually, DuBois represented the NAACP and African Americans at the League of Nations.

After the UN was formed, African Americans fought to be heard in that body.  In 1947, DuBois authored “An Appeal to the World: A Statement of the Denial of Human Rights . . . to Citizens of Negro Descent.”  The Appeal, which outlined the abuses suffered by African Americans in Jim Crow America, was well-received internationally.  However, powerful interests in the United States feared that the U.N.’s recognition of U.S. racism would aid the Soviet cause in the burgeoning Cold War.   So, they prevented the U.N. from acting on the petition.

Appeals to international law did not end with DuBois. Dr. Martin Luther King was a staunch supporter of the UN.  Speaker and activist Malcolm X famously argued that African Americans should bring their plight before the United Nations.  So, our leaders have always recognized that international law must play a role in our liberation.

The United Nations has consistently championed the rights of people of color in the United States and elsewhere.   In 1965, the UN adopted the Convention for the Elimination of All Forms of Racial Discrimination (“CERD”).  CERD requires nations that sign the treaty do everything in their power to eliminate racial discrimination in housing, health care, education, and other areas.

The UN also has a Working Group on People of African Descent.  In 2016, The Group issued a report that concluded structural racism continues to affect African Americans.  Moreover, the report stated that the U.S. government should do more to address issues such as voting rights, police brutality, housing discrimination, and mass incarceration.  The Group also recommended that the U.S. give African Americans reparations to address past and present abuses.

While the UN’s reports and recommendations on racial issues may provide hope to many, sadly, they have not been taken seriously in the U.S.  Though the U.S. ratified CERD in 1994, the Senate used a legal loophole.  Therefore, Congress must pass additional legislation to make CERD effective.  To make CERD’s recommendations a reality, we need support from all three branches of government.  So, African Americans should pay close attention to every election and vote for representatives who support the goals stated in the UN reports.

Malcolm X said that African Americans should seek our freedom “by any means necessary.”  Sadly, we far too often overlook international law as a means of achieving our goals.  The African American Attorney Network is committed to helping African Americans and other people of color know and understand the laws that impact their lives.

44 responses to “Why African Americans Should Care About International Law”