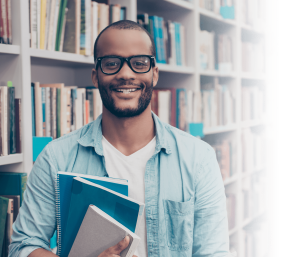 In 2014, lawyers filed suit to challenge affirmative action.  Specifically, the lawsuit questioned admissions policies at Harvard University and the University of North Carolina Chapel Hill.  Recently, the suit has been making headlines again. Last month, four former clerks to Supreme Court Justice Clarence Thomas joined the plaintiffs’ team.  At the same time, the Trump Administration threw its support behind the plaintiffs.   This post will examine some of the basics of affirmative action.

What is Affirmative Action?

The term “affirmative action” dates back to 1961.   That year, President John F. Kennedy issued an executive order directing government contractors to “take affirmative action to ensure that applicants are employed, and that employees are treated during employment, without regard to their race, creed, color, or national origin.”

While the original definition of affirmative action focused on ensuring equal treatment of workers, it soon expanded to include programs that implemented race conscious training, hiring, and promotion practices. Though affirmative action originated in the work world, colleges and universities soon began considering race in their admissions decisions.

At present, it depends.

The Supreme Court first considered affirmative action forty years ago in Bakke v. University of California.  In Bakke, the plaintiff, a white man, challenged the admissions procedures of the University of California, Davis medical school.  He claimed that the school’s decision to evaluate nonwhite applicants using a different standard was unconstitutional.

Though the Court did not reach a majority decision, the Court made two key rulings.  First, four of the justices ruled that a university’s decision to consider race did not violate the constitution.  Second, the Court held that quotas on admissions – e.g., setting aside seats for people of a particular race – was not permissible.

In the cases, the Court wrote that the University of Michigan’s stated goal – creating racially diverse classrooms to promote student learning – was constitutionally valid.  However, the Court held that only one school had reached that end in a permissible way.

The undergraduate school used a mathematical formula to admit students which gave race a heavy weight.  The Court ruled that the rigid formula all but insured that nonwhite students would be admitted and was therefore unconstitutional.

Conversely, the law school considered race in its admissions policies but did not use a mathematical formula.  Rather, the law school used race as one of many factors it considered to evaluate students.  The Court ruled that the law school’s “holistic” approach ensured that race would not be the deciding factor for any applicant and was constitutionally permissible.

So, in summary: Universities cannot use racial quotas in the admissions process.   However, universities can consider race in their admissions decisions.  But if they choose to do so, they must be careful not to use it in a manner that will make race a determinative factor.

Are Colleges Required to Have Affirmative Action Policies?

In general, it is rare for the Supreme Court to declare what must be done.  Most of its cases tell the public what it may do or what it must not do.

While the Supreme Court has said that universities may use race-based affirmative action practices, there is no requirement that they do so.  In fact, in 2014, the Court ruled that an amendment to Michigan’s state constitution that prohibited the race-based admissions policies was constitutionally valid.  So, college applicants must also consider the affirmative action policies in the state where their target college is located.

A Few Statistics on Affirmative Action

Here are a few selected statistics on affirmative action:

Affirmative action will likely be in the news again soon as the current case makes its way through the courts.  Follow the African American Attorney Network for updates on affirmative action and other legal issues that matter to the Black community.